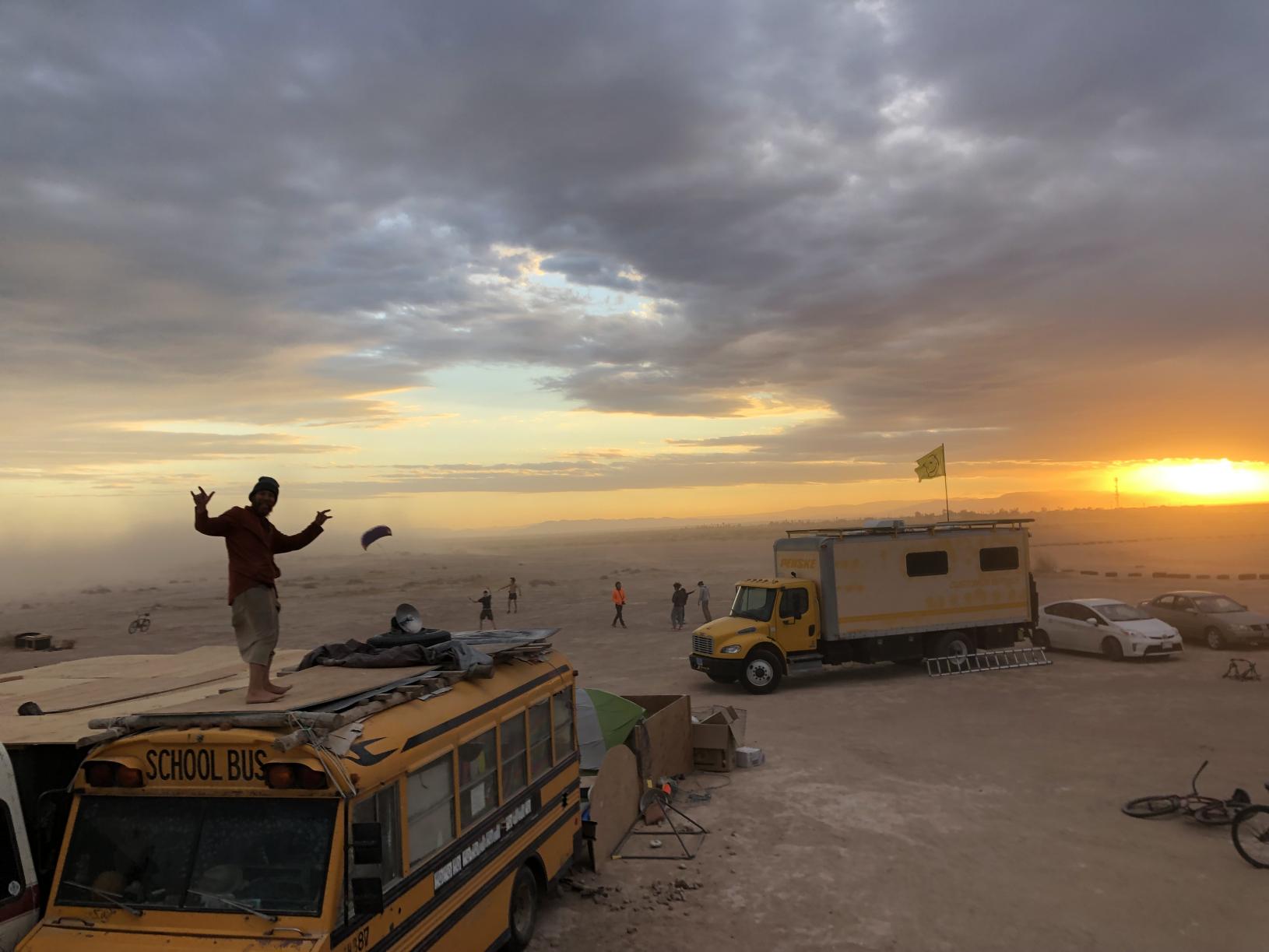 A lot of the times I start to write something for this blog I write “this is one of the best experiences of my life”. This time I’m going to write about the best experience I ever lived. This is about the time I spent in the middle of a toxic wasteland in the Bombay Beach desert in Southern California, Mars. 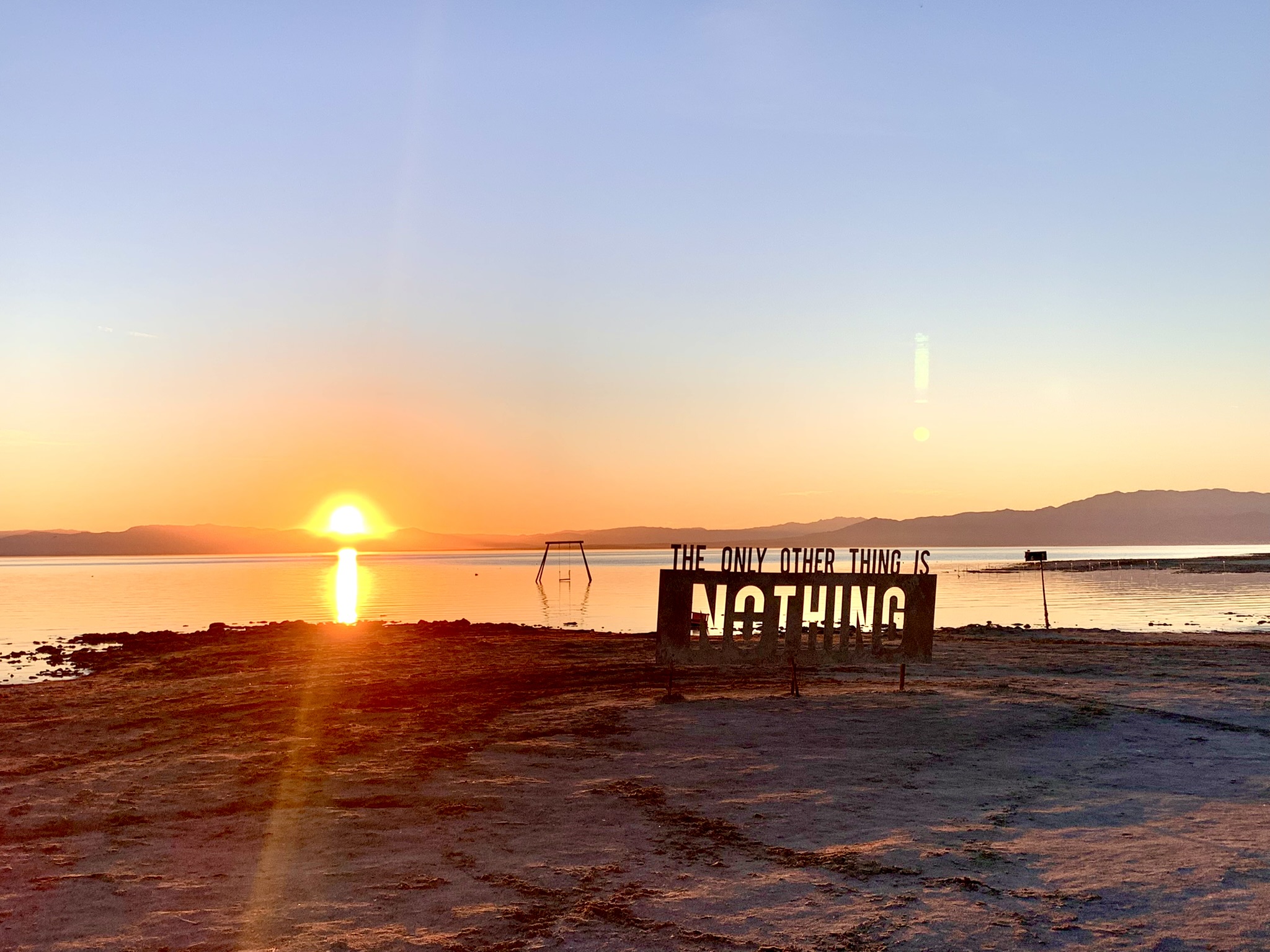 It feels like the edge of the world here, or literally another planet. I wonder if the settlers of the far west, hundreds of years ago, felt the same way I do: a hopeful colonizer of an anarchist impossible dead land that exists in the faint equilibrium between the everything and the nothingness.

It’s hard to describe the kinds of people you will find in this area. Some of them are on the edge of society, some of them are exactly what our society tell us to be, some of them seem to have lost their connection with any kind of societal organization. They’re marginals, artists, unstable, stoics, saints and insane.

As time passes by I become more and more convinced that this place might as well be Mars. A high-tech, low-life cyberpunk fantasy lost in time and space.

And we might as well be settlers - after all - colonizing this piece of land, for the Nth time in the history of human kind. Drawing from the non-duality of every possibility due to its emptiness to build our dreams.

Mars was wild. I heard stories about suicides that happened under suspicious circunstances, I was death threatened, I heard about assasination plots. Mars was vast. I went to the church on Sundays and watched a man meet god and be reborn after lifetimes of suffering, there we created and shared together a philosopher’s stone that was an inexhaustible source of creativity and willpower, we danced in storms, we built a whole world and we tore it apart. 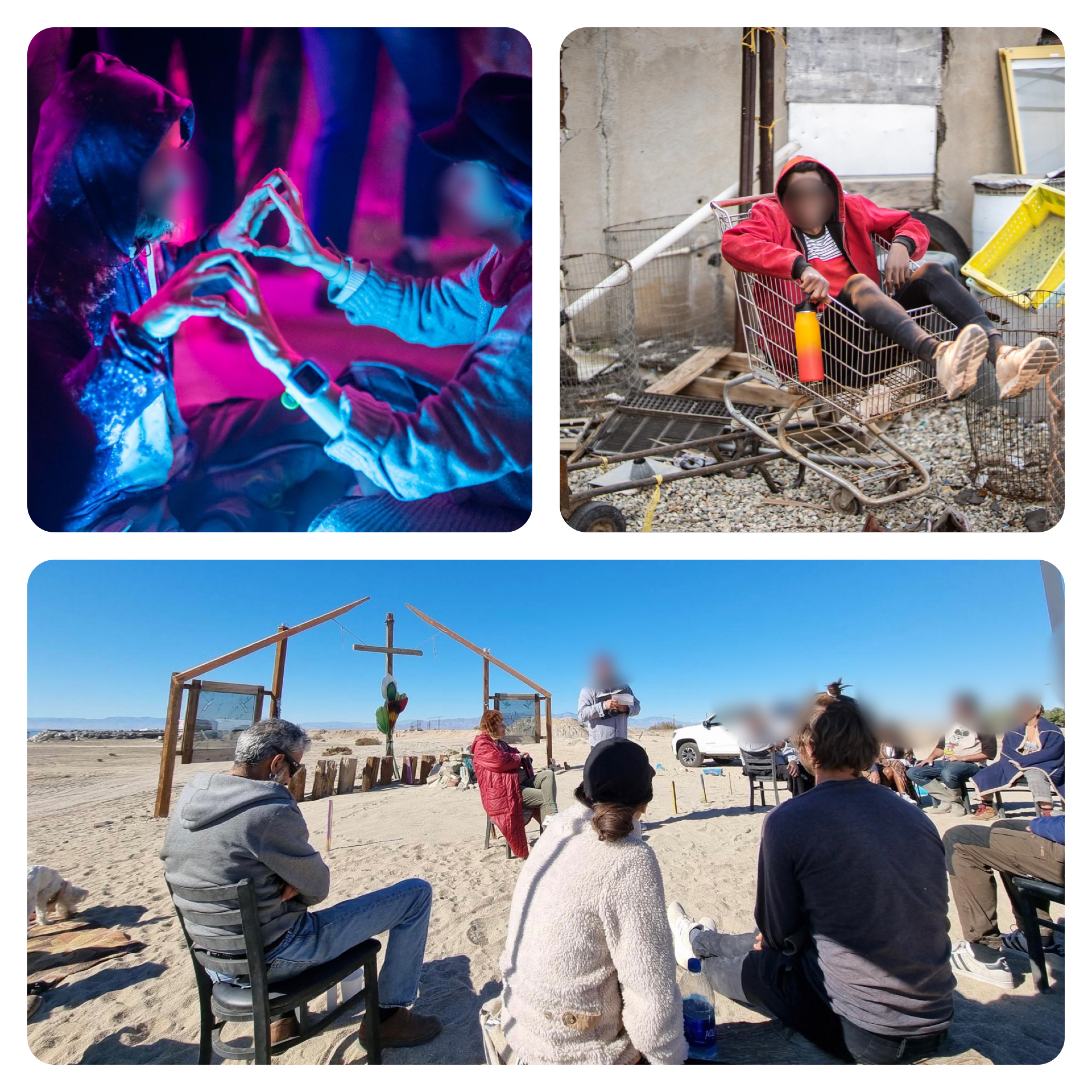 We were so far from everything but also so close! The world’s cinematic center laid a few kilometers away. Maybe we were just clueless actors in a crazy man’s experiment. Somewhere in a millionaire set of something between a tacky western and a post-apocalyptic scenario. We were posing as fortuneless criminals, wealthy intellectuals, scruffy hippies and beautiful artists.

I sometimes played a passive role, watching the world unveiling around me, mesmerized with people’s magnetism, intelligence, sexuality, kindness and madness. I sometimes also played the main role, making lifelong lasting impressions in others.

At Mars, I taught and learned lessons. I felt very full and very empty, very important and very irrelevant. I had all this time to feel and I’m so very grateful. Grateful every time the train passed by. 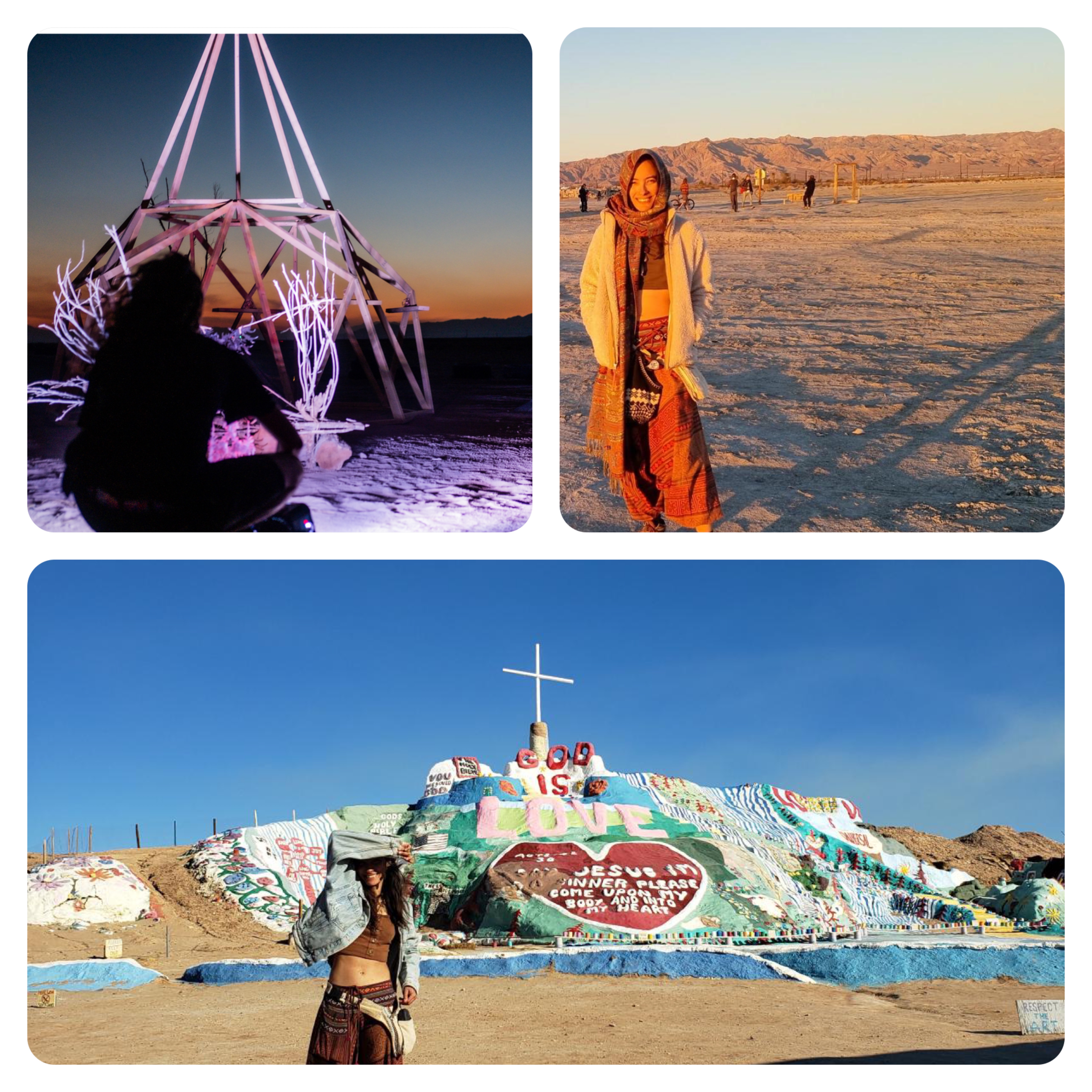 Every morning I sat to listen to my mind and to feel Mars. The freezing winds that carried the coyote howlings would make me pray for the sun to come up. Every morning for a long time…

I’d sit in one of our scavenged chairs from the local dumpster, on top of Huaqiangbei, and absorb the sun’s energy and light into my body. I’d integrate myself into the lively ecosystem of the desert.

Every night, I’d brush my teeth star-gazing, wondering about life and death, sociology, and philosophy. Relishing every second, trying to keep myself in the moment and to hold in me this whole universe so I could never feel alone again. 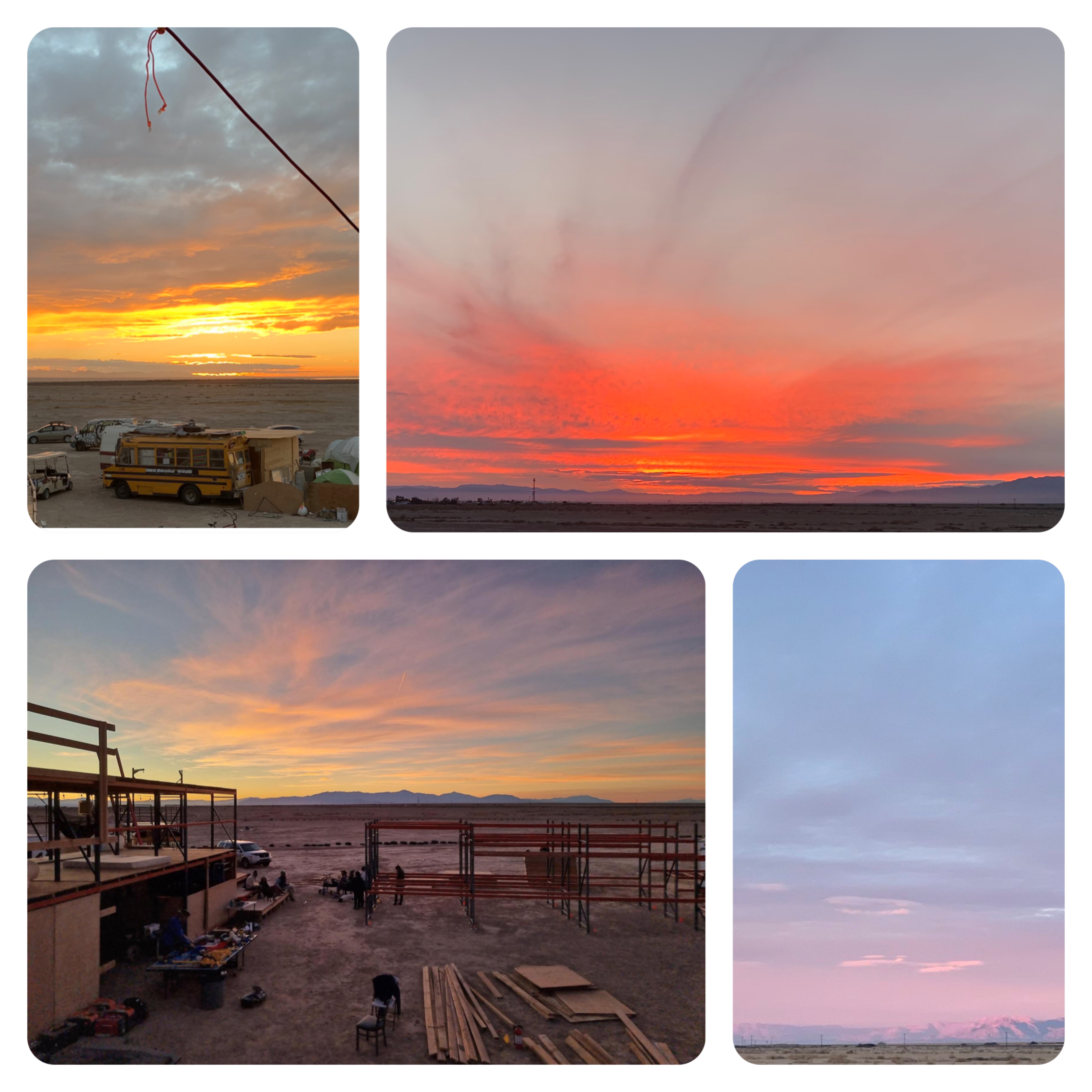 I shared my very few very precious spiritual practices with strangers that I came to love later on. Some of them were gone. I know some will be gone. That hurts. However a friend once taught me how everyone that touches you lives forever through you, and that gives me peace.

In the desert I internalized the notion that loss is a facet of pain and an inevitable part of life, nonetheless suffering is a choice within you. 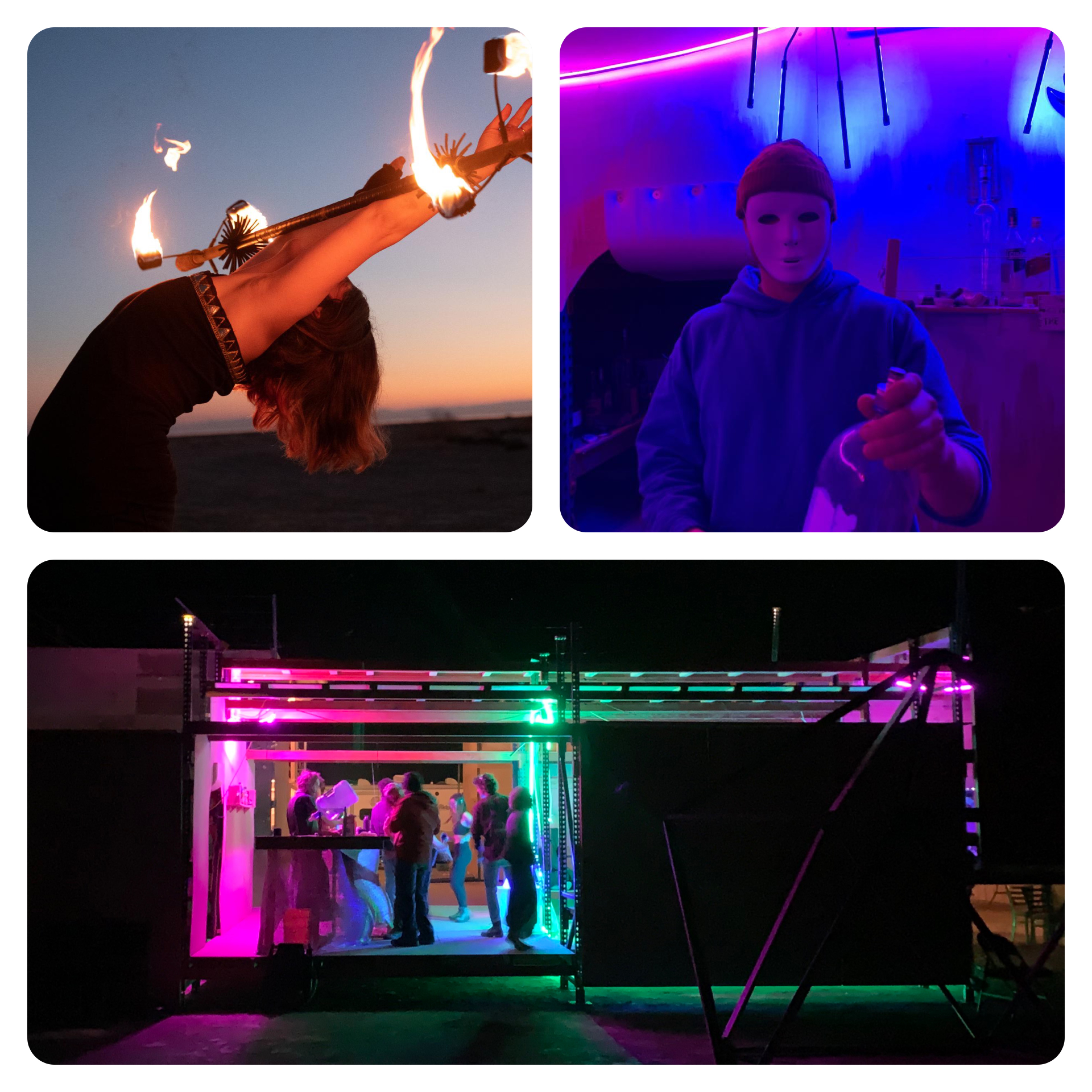 I’ve recuperated my long lost loves for so many things. I was healed.

It was suddenly so cool to like what I liked and to have long discussions about all of these things. I was accepted.

It was so fulfilling and easy to focus and to not see the passing of time. I had arrived. 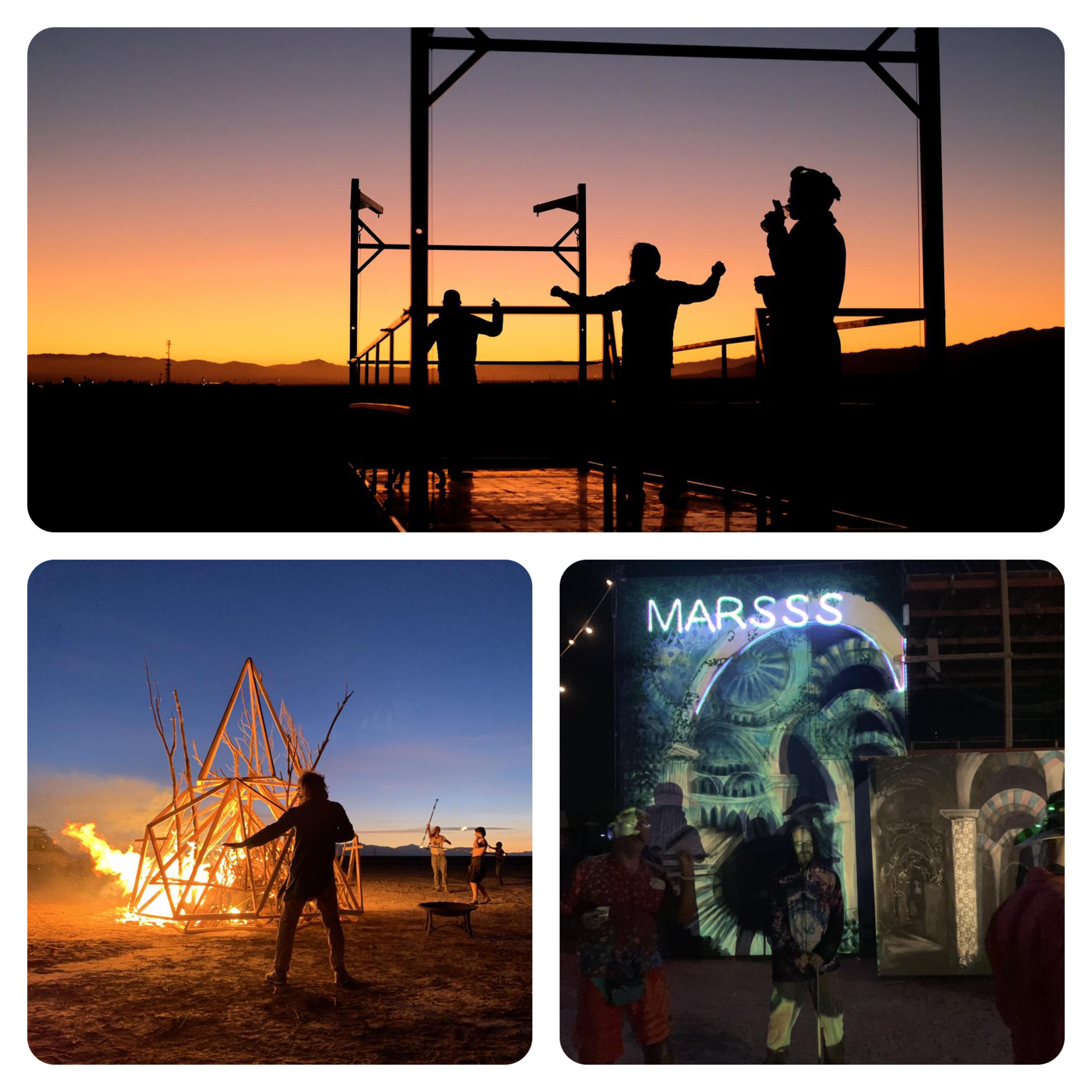 I met a few of the most incredible people I’ve ever met. I learned so much about the restorative power of communities and now I can’t see my life without them. Everything looks so much clearer after I waited for the ripples to dissipate. 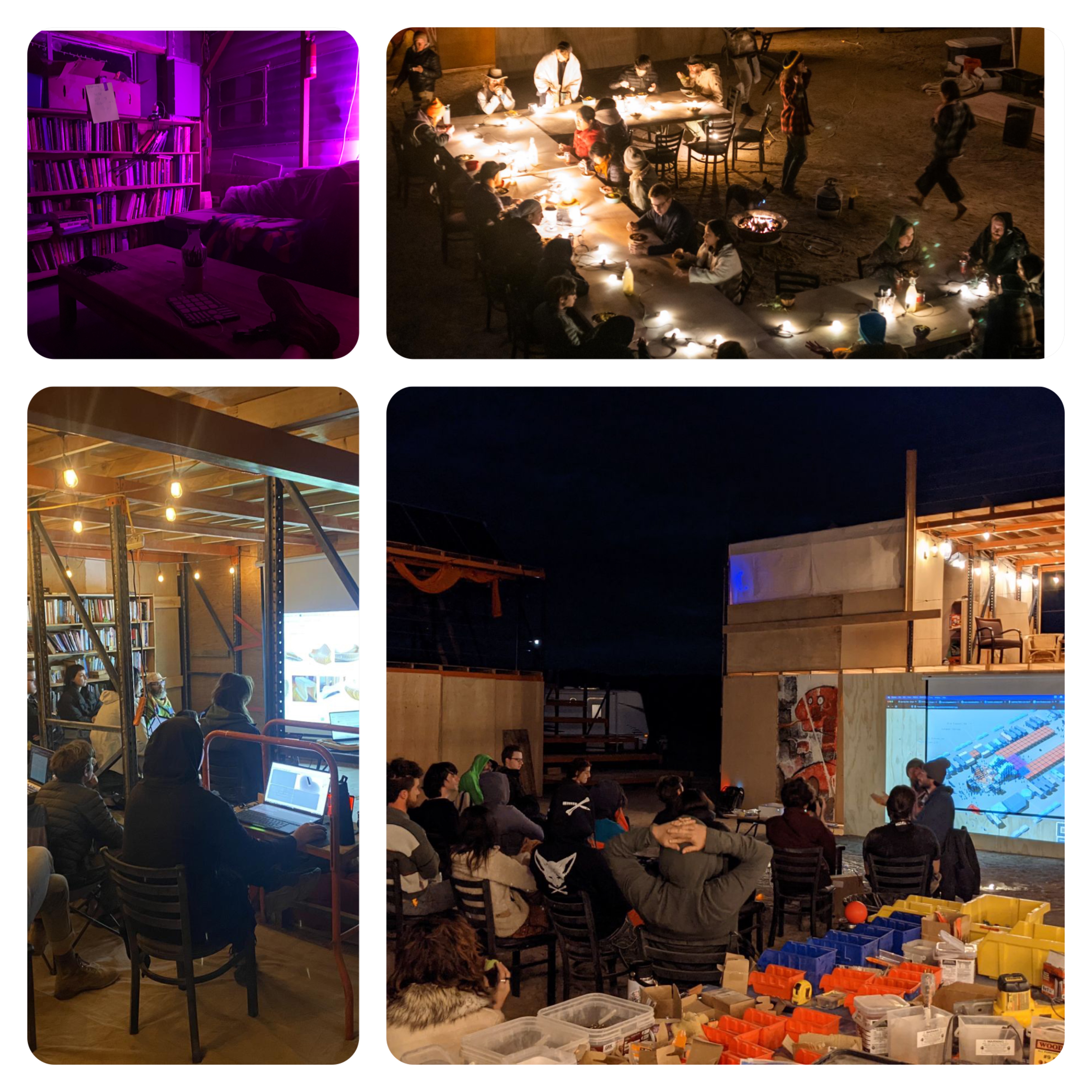 I left my castle. I saw an old man, a sick man and a dying man. And now I can’t go back to it.

Pictures in this blog post were taken by many Martians!

« A fiery virgin
If you add your email here I'll tell you every time there is a new page on my diary :)